Bitcoin continued to trade sideways on Monday morning with a price of roughly $57,500. The price follows a week of fairly steady price levels above $54K.

#Bitcoin is still holding up onto this scenario and stuck in a sideways range.

In fact, Bitcoin has traded fairly horizontally for several weeks. Bitcoin began the month of March at roughly $49K, reaching a peak of $61K on March 14th. The same day, Binance CEO Changpeng Zhao (aka CZ) wrote: “Not sure about y’all, but I got used to $60k already. Why is #bitcoin just going sideways?”

Not sure about y’all, but I got used to $60k already. Why is #bitcoin just going sideways? 😂

Some analysts are saying that Bitcoin’s fairly even price levels throughout the month of March could be a sign of consolidation. In other words, buyers may be becoming indecisive about Bitcoin’s next price moves, and could be hesitant to take buying or selling action before BTC’s path forward is revealed.

Dear #Bitcoin… go sideways as long as you need to.

Bullish Indicators on the Horizon?

However, there are several indications that Bitcoin hodlers are not eager to sell their coins anytime soon. This could be an indication that BTC’s price is not due for a significant drop in the near future.

Finance Magnates previously reported that Bitcoin “is facing a serious liquidity crisis as BTC whales are not moving their digital assets.” Only 36% of Bitcoin’s supply has moved over the past six months.

When Should a Company Change its Prices and Perform Menu Costs?Go to article >>

“Big Bitcoin whales are accumulating, small whales are selling,” wrote market analyst Joseph Young on Twitter, with the caveat that 1,000 to 10,000 BTC whales could be exchanges. “Which side do you want to be on?”, he asked.

Additionally, the Bitcoin fear and greed index, which measures how likely BTC hodlers are to sell (fear) or hodl (greed) their coins, is reading fairly strongly toward “greed.”

Additionally, Forbes reported that Bitcoin options contracts worth roughly $6 billion at today’s prices are set to expire on Friday. Options contracts allow investors to buy or sell the cryptocurrency at a specified price within a set time period.

Pankaj Balani, the Chief Executive of the Singapore-based Delta cryptocurrency exchange, told Forbes that: “The expiry data suggests a bullish outlook. The expiry is significantly larger than the previous record, an expiry of $4 billion in late January 2021. 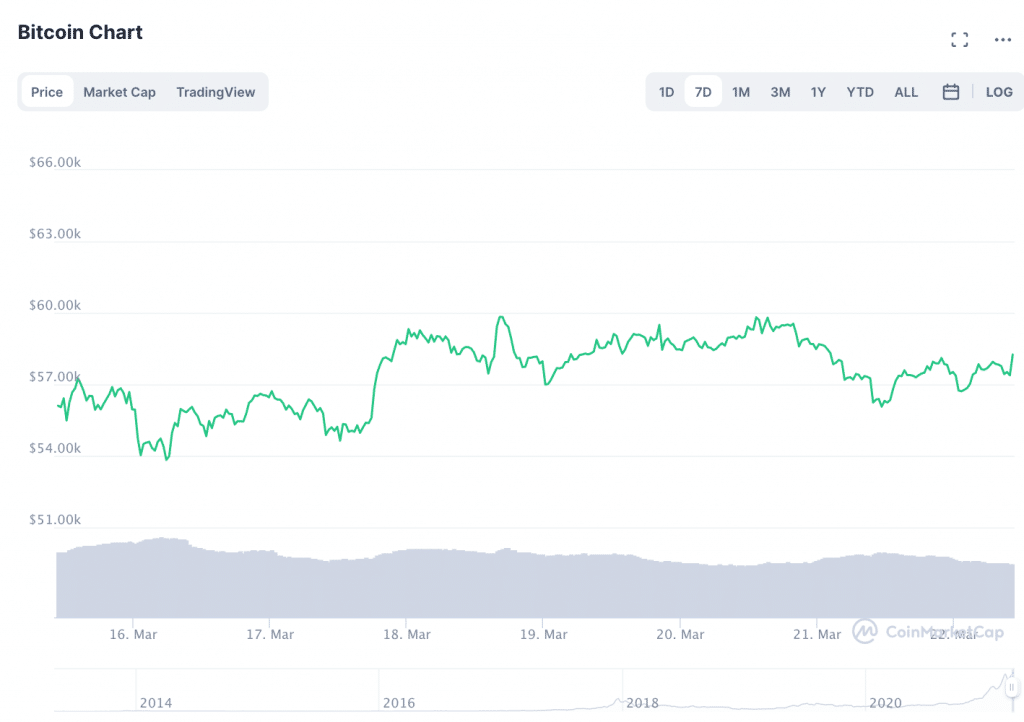