Popular decentralized DeFi automated market maker (AMM) protocols Uniswap (UNI) and Sushiswap (SUSHI) are once again at the center of much of the bullish activity that has brought massive increases to DeFi markets, according to a new report from CoinTelegraph. As activity in DeFi markets has continued to grow at an explosive rate, both of the platforms have seen correlating increases in their governance token prices. 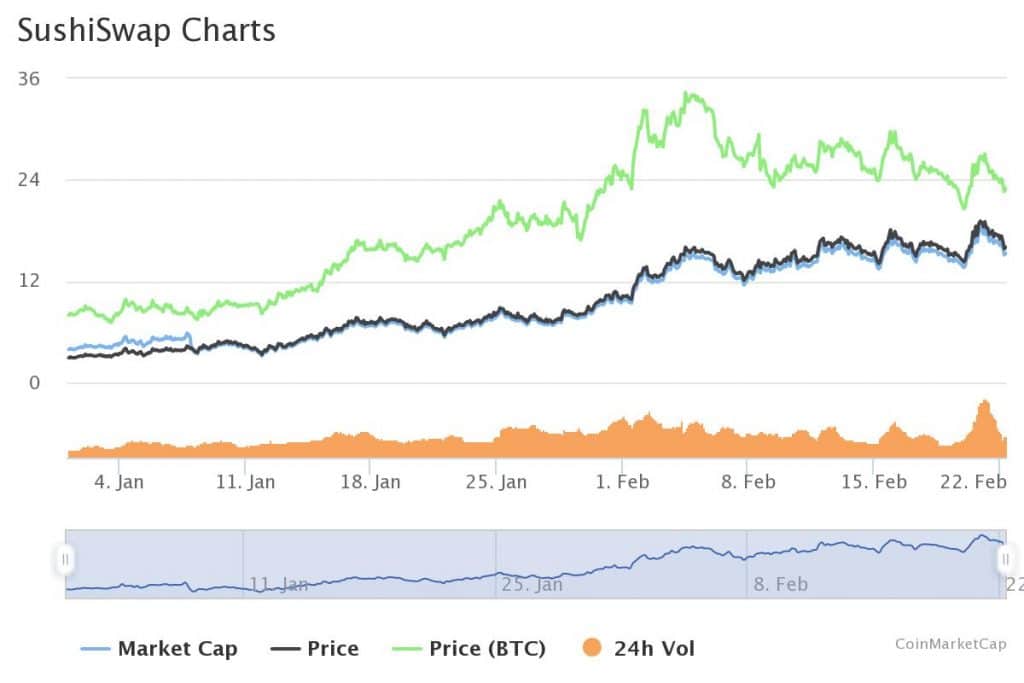 Sushiswap began as a derivative of Uniswap, but the two platforms have developed distinctive reputations

Sushiswap is quite a bit younger than Uniswap: the former platform went live in November of 2020, while Uniswap was launched back in November of 2018. Sushiswap’s protocol was actually developed as a derivative or “fork” of the Uniswap protocol. 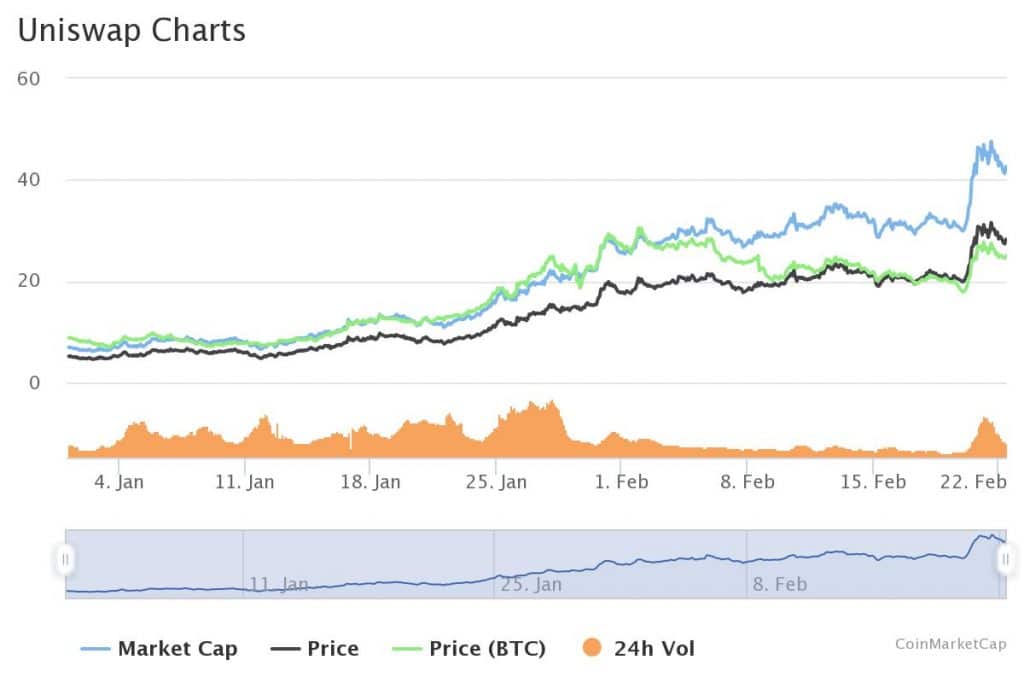 Indeed, while Sushiswap was developed as a derivative of Uniswap, the experience of each of these platforms has grown increasingly well-defined. However, perhaps the most important difference between the two platforms has to do with who is in charge of their development and governance.

Therefore, Sushiswap was developed with the intention of giving more control over the platform to the community. However, the platform got off to a bumpy start.

Sushiswap was originally created by an anonymous developer who went by the name “Chef Nomi.” Not long after the platform’s launch, however, Chef Nomi suddenly cashed out of all of their SUSHI token holdings, a move that received much ire from the DeFi community.

As a result, Chef Nomi stepped down as the lead developer of the Sushiswap protocol and instead transferred control of the platform to Sam Bankman-Fried (aka SBF) of Alameda research. SBF then led the charge on building a community-elected “board” of key-holders, each of which held a piece of the multi-signature login that was needed to make any changes to Sushiswap’s protocol.

2020 Trends and the Future of BitcoinGo to article >>

The development of Uniswap, on the other hand, is continually guided and maintained by the same team that developed the protocol in the first place. According to CoinTelegraph, “the governance system for Uniswap is less conducive to community involvement, which could be the result of the rushed release of the UNI token and a desire to create a solid foundation before integrating community governance.”

Defi aggregators have seen a big start to 2021

While both Sushiswap and Uniswap have seen considerable growth throughout these first weeks of 2021, a number of other DeFi platforms have also shown promising growth.

This includes DeFi aggregators, which are platforms that gather information and prices from various other exchanges and automated market makers into a single interface.

Indeed, as gas fees and DEX trading commissions have continued to climb higher in the DeFi space, these platforms have played an increasingly important role. For example, the governance token belonging to DeFi market aggregator 1inch has grown from under $2 to nearly $5 since the beginning of the year.

1/ Aggregators had a breakout year in 2020, with platforms like @1inchExchange and @zapper_fi recording significant growth

The best part? YTD numbers indicate 2021’s growth is about to dwarf 2020’shttps://t.co/MC4ZlkEzVo

Other Defi aggregators that do not have live tokens, including Paraswap, Zapper.fi, and Matcha, have also seen significant growth in user activity so far this year.